From a young age, Michael Bervell has always been taught the importance of giving back and entrepreneurship. Now, Michael is the founder of  ‘Hugs for Ghana’, a student-run non-profit organisation that has fundraised over $500,000 of material and monetary donations from hundreds of volunteers. Their work has impacted the lives of over 300,00 people and has also formed a strong, beautiful, and inspiring global community, that is much like a family.

1. Tell us about your journey

Before coming to Harvard for school, I grew up in Snohomish, Washington, which is a small town about half an hour north of Seattle. I grew up in an immigrant household: both my parents were immigrants from Ghana, West Africa. So, throughout my whole life I had a lot of African culture around me. I would come home from school and have jollof rice, light stew, fufu – all the really good stuff. Then, when I would go to school I remember having my lunches packed by my parents and I always was the kid with the odd lunch that smelled really good.

From a young age, I always had my African culture surrounding me. I remember all throughout middle school, I always used to take my lunches to my friends and auction off parts of my lunch. I’d sell my jollof rice for $5 or I would trade my African-spiced chicken for different American snacks or candies. Growing up, I always had this aura of entrepreneurship within me. That grew first through my Ghanaian experiences.

The second thing that influenced me was that my parents always taught me to give back. They always taught me that service was very important. Specifically, I remember my grandmother who used to always go back to Ghana, West Africa once a year or every two years. Every time she went, she would take things back home such as teddy bears, school supplies, or things that we [my siblings and I] didn’t use anymore. She would give them to kids who needed them in the village that she came from. She would give them to kids in hospitals, orphanages, and schools. When my grandmother passed away, we [my family] wanted to do something to honour her memory and to honour the idea of giving back. If you look at my career, giving back and entrepreneurship has always been a huge part of it.

When my grandmother passed away, we started this organisation named “Hugs for Ghana,” where we would collect school supplies and teddy bears and hand deliver it to Ghana. As I grew older, and as the program developed we started expanding to other countries (now we’re in 6 countries) and have branched from our local high school in Washington to about 10 high schools in the United States with hundreds of volunteers. Over the course of the past ten years we’ve raised over half a million dollars of material donations and monetary donations as well as hosted a whole multitude of trips to other countries.

That’s the high overview of my journey. I think the high point was when I was a freshman in college and was awarded the National Caring Award. It’s an award that given to 10 people in the United States for community service. In 2014, the award winner was Bill Clinton and during my year I accepted the award alongside Pope Francis and Dikembe Mutombo on behalf of my organisation on stage. That’s my journey, that’s who I am, and that’s what I stand for.

2. What advice would you give to your younger self?

I would tell myself that it’s not about you. It’s about what you stand for and the people who you help to become better. With every project I did I wanted to figure out, “how can I engage other people to be a part of this as well?” or “how can I help other people to realise that it’s bigger than just themselves?” I realised that a little later in my high school career, but if I could go back that’s what I would say.

3. What are your views on the BYP network?

I think the BYP Network is an interesting idea. I think it’s great that BYP is connecting people and celebrating what I like to call Black Brilliance. Celebrating amazing people doing amazing great things. I’m not too familiar with what the vision of BYP is, but based on what I’ve heard I support the idea of celebrating black brilliance.

4. What do you believe will drive change in the Black community?

I think one thing that will drive change is civic engagement. The more engaged we are, the better the world will be and the more likely we will be to impact a positive change.

5. What is your biggest failure?

When I first came to Harvard, I wanted to build a team of students to give back to the community through Hugs for Ghana. As a leader, I failed to drive vision and to drive a mission for what we were looking for. Any organisation requires people to buy-in to succeed. Getting people to buy-in for what you stand for requires clarity and requires planning. I failed to do that. But, the biggest part of failure is what you learn from it. What I learned from that experience is that when people say make a business plan that’s not something to be scoffed at – even if you like to go with the flow. There is an element of planning and an element of spontaneity that truly makes an organisation great. You need to have both; you can’t just have one or the other.

6. What is your biggest success?

I went back to Kamiak high school, where I started Hugs for Ghana and went to one of their board meetings. Their first question was “who are you?” They didn’t know I was the founder of the organisation. To me, that was one of my biggest successes. It shows that what I had created had grown beyond me. Like I said before, it was no longer about me. It was about the mission and the vision. That was comforting. Now I know even if I leave, the mission and vision that I created really is important. It has grown its own legs. The organisation has a legacy.

7. What three pieces of advice would you give young black professionals?

Number 1: grit matters. The number one key to success is not how talented you are or how skilled you are, but how willing you are to fly in the face of adversity. Number 2: never make the same mistake twice. If you make a mistake, you should learn from it. If you don’t, it will be difficult to overcome what you are bad at. My third piece of advice is to always show up. Even if you wake up for class 45 minutes late and the class ends in 15 minutes still show up. The only way to create opportunity is to be there.

8. How do you seek out opportunities relating to your field?

One thing that I did is to learn from people who are also in that field. The main thing to realize is that the problems you are facing may have already been solved. At the end of the day, everyone faces the same business struggles and business problems. To talk to people and to learn from them is a great way to gain experiences.

Personally, I went to a lot of networking events and joined groups with business owners and non-profit owners who were under 21. I was able to chat with folks about how they were able to grow. Now, I am part of this network called “Global Teen Leaders,” which selects 30 people every year under the age of 21 who have amazing projects. All of them have been featured in Forbes, Business Today, USA Today, and more. They’re doing amazing work. I’ve learned so much from my peers. I would say that’s one thing that everyone should do: learn from inspiring people in your personal and professional networks.

9. Do you have any exciting plans for the future?

Honestly, what I’m most excited about is that we’re now franchising “Hugs for Ghana.” I mentioned that we’re in six countries, and we’re continuing that work by actually making the franchise process a lot easier. Just go to www.hugsfor.org and you can create a branch in about five minutes. You can start getting advisors, start getting packages, start getting feedback from us, and more. You’ll also get details about how to start organising supply drives and know exactly how to ship it. We’re really excited about that to get the people under the age of 21, mainly people in high school and early college, to get involved in global entrepreneurship.

The biggest factor that has pushed me to help the community is to recognise that we’re all in this together. There’s only 1 planet and living on it are 7 billion people. I’ve always believed that instead of 1 person taking 7 billion steps alone, it makes more sense for 7 billion people to take 1 step together. I would say to always keep that context in the back of your mind –it’s bigger than you and we all here for the ride. 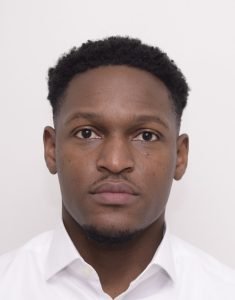 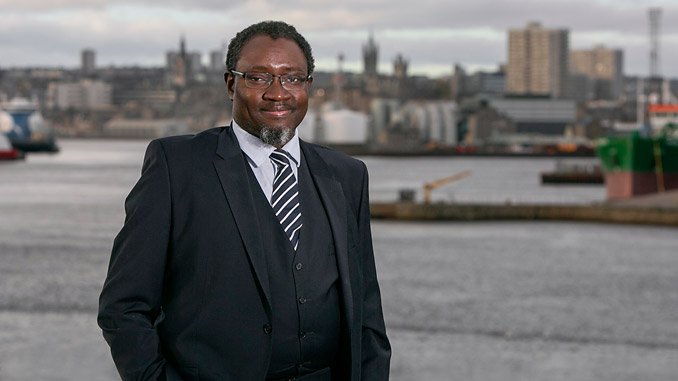